Jeremy Houghton - Artist in Residence at The America's Cup

To commemorate the British Challenge for the 35th America’s Cup, lead by Sir Ben Ainslie, Jeremy Houghton, artist in residence for Land Rover BAR has produced a collection of oil paintings of the British team’s journey to Bermuda. To celebrate this dynamic collaboration, the collection was exhibited at The Hamilton Princess Hotel in Bermuda.

HEAR IT FROM HOUGHTON...

Houghton’s interest in the America’s Cup grew out of his work at the 2012 London Olympics as he explained:

“My background is as a sporting artist and when I paint I work with movement, light, time and space. I did a lot of work around the 2012 Olympics and spent time in Weymouth where the sailing events were held - the light, the spray, the movement and the speed mean the artistic possibilities of sailing are endless.”

“When I heard Ben Ainslie was putting together a team for the America’s Cup it was very much at the top of my list of projects. The America’s Cup is so exciting and the sailing is immense.”

“I think life off the boat is just as important as life on the boat. There’s a massive team backing up the six guys on the boat and it takes a lot of blood, sweat, tears, perseverance and hard work to get them to the final. I really want to make sure I represent the people who design and build the boats, as well as those who sail them,” added Houghton.

The paintings will also be used to help raise money for the team’s official charity, the 1851 Trust, through exhibitions and the sale of the works. “I hope that I am in some way able to get young people from lots of different backgrounds into sailing and help show them that it can be about design and technology and science as well as the actual act of sailing,” said Houghton.

Jo Grindley, Land Rover BAR CMO/CCO “We hope that by bringing Jeremy into the team, to document the journey to bring the Cup home, we will open up both the sport and challenge to a wider audience. With his background specialising in flight, Jeremy makes for the perfect fit.” 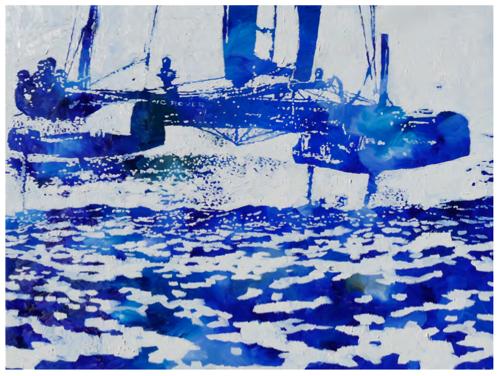 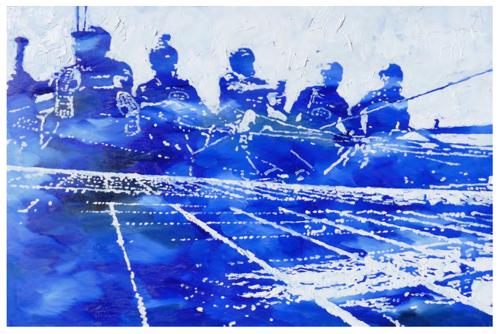 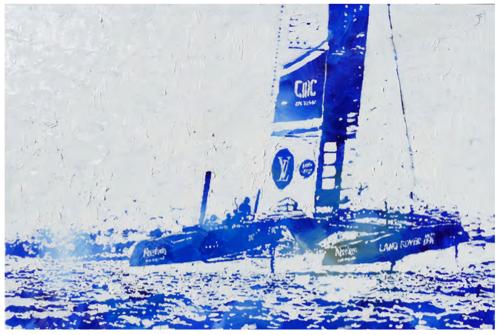