Flat areas of colour contrast with distinctive lines and symbols to depict both the beautiful and the bleak in Gaiger's immediate environment. His paintings depict the patterns and forms found in the surrounding Welsh hills and valleys; lines often represent manmade or natural boundaries such as walls, fences and paths.
Symbols and colours can represent an object or an abstract concept or feeling. Burnt orange may be bracken in winter or non-representational and purely expression. Gaiger's work has been exhibited in Cardiff, Cornwall and London.
Prints and paintings are also held in private collections in New York. Illustrations have been published by clients such as Oxford University Press, The National Theatre and VSO.
His artwork has also appeared on film sets such as 'A Private War', and 'The Intern'. 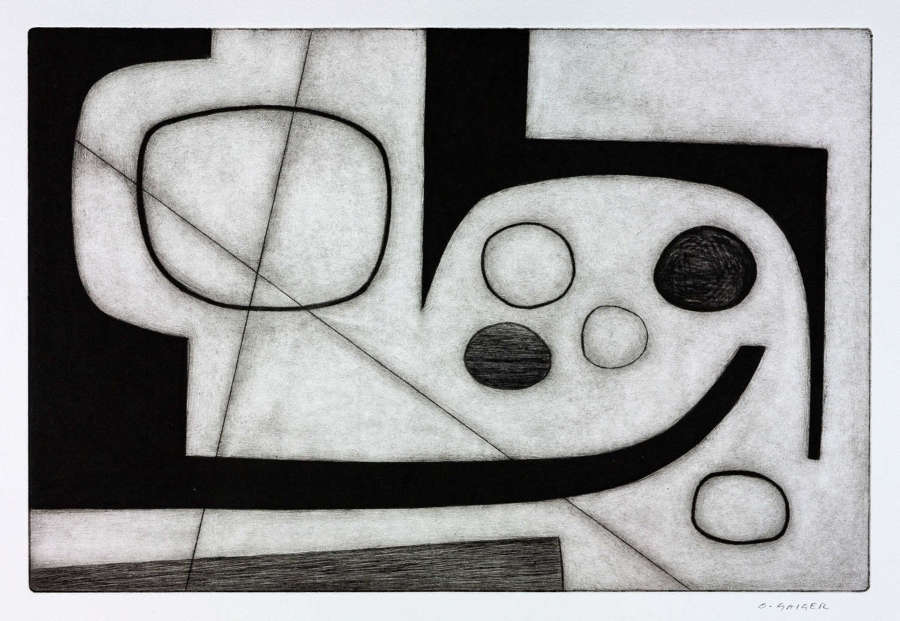 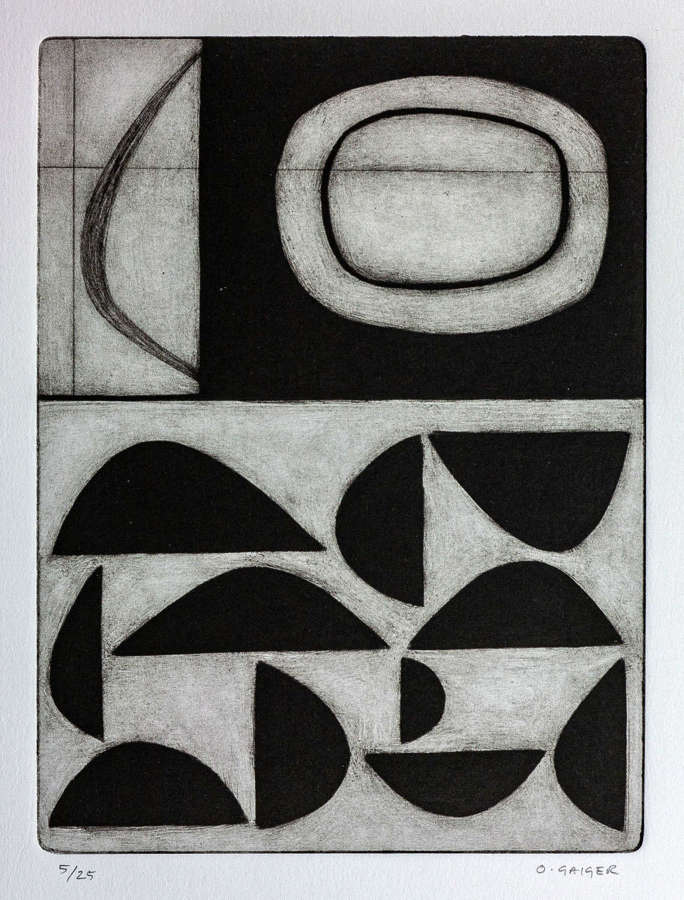 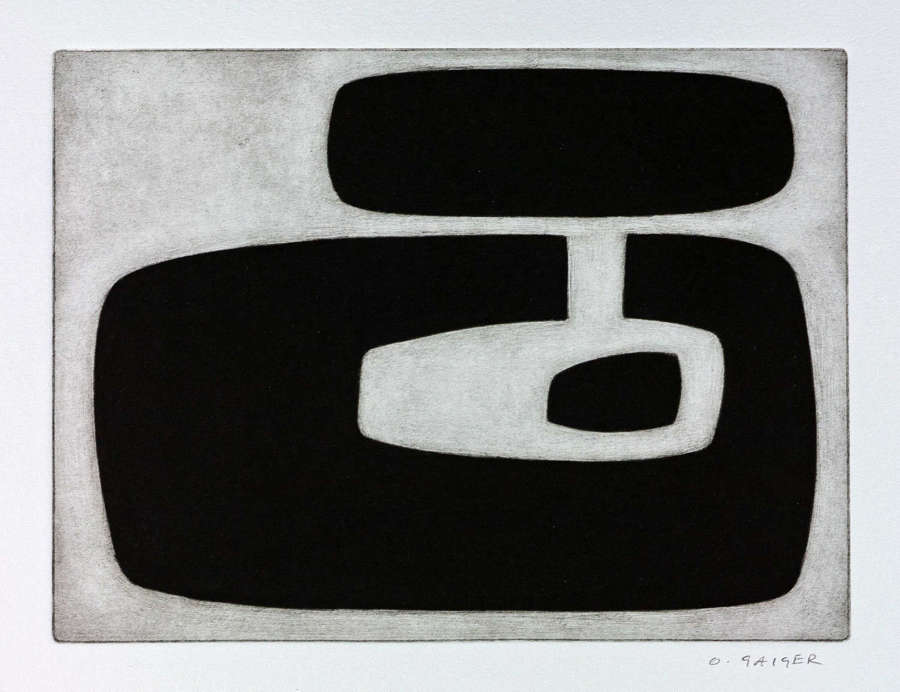 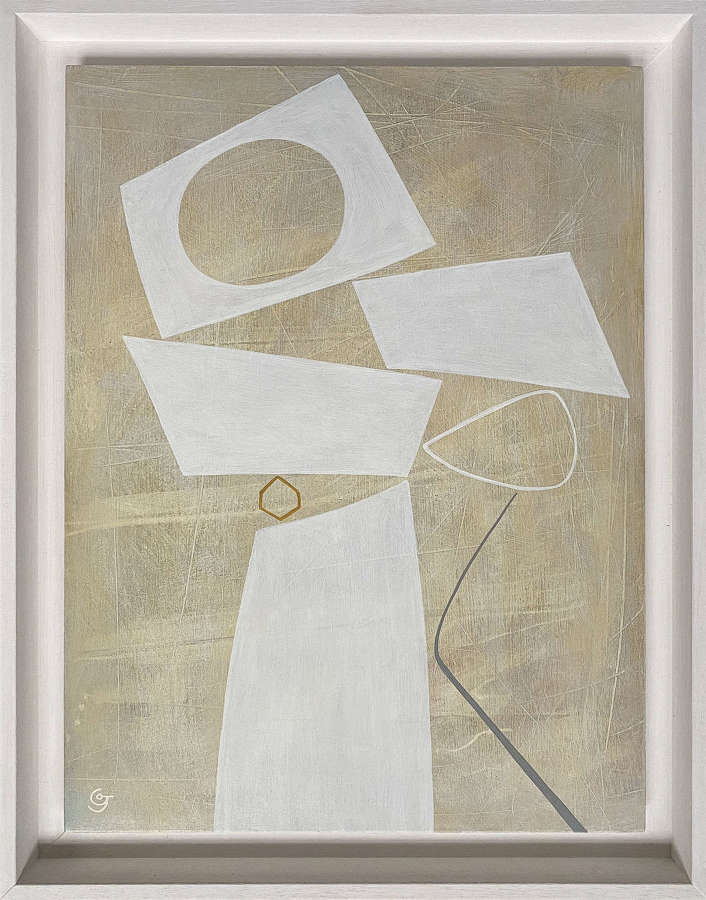 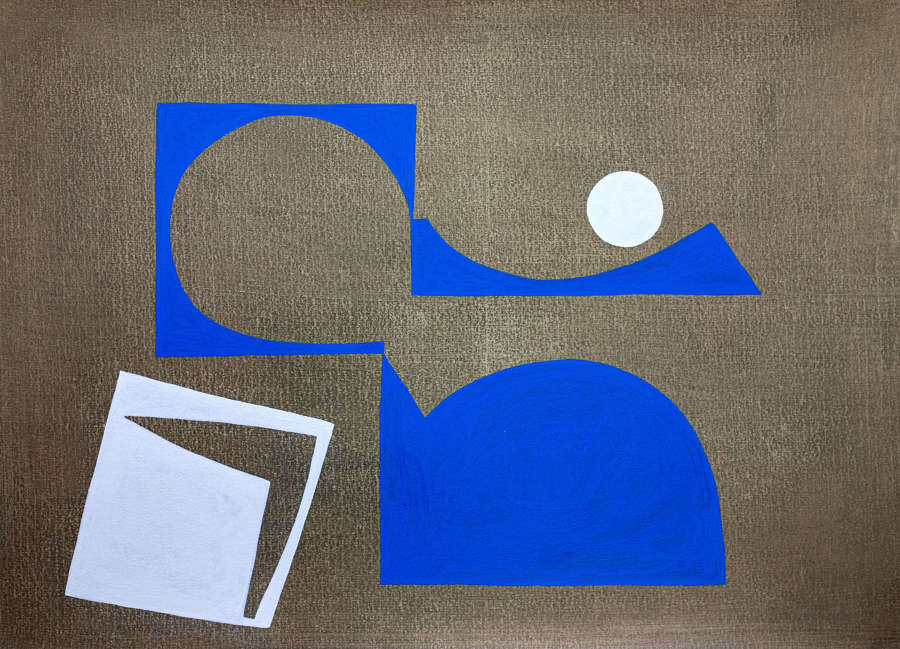 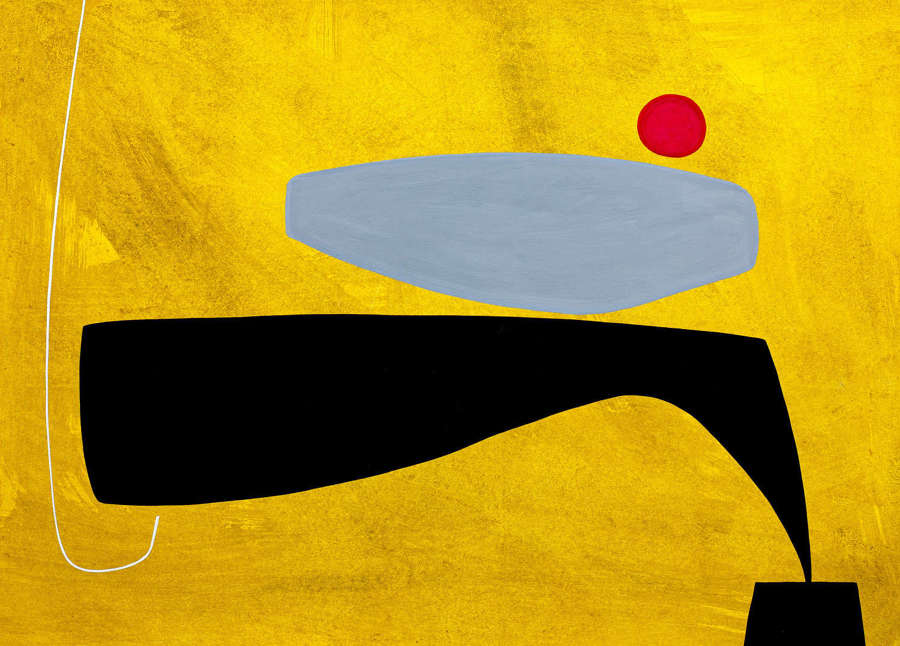 Come Up for Air - Oliver Gaiger 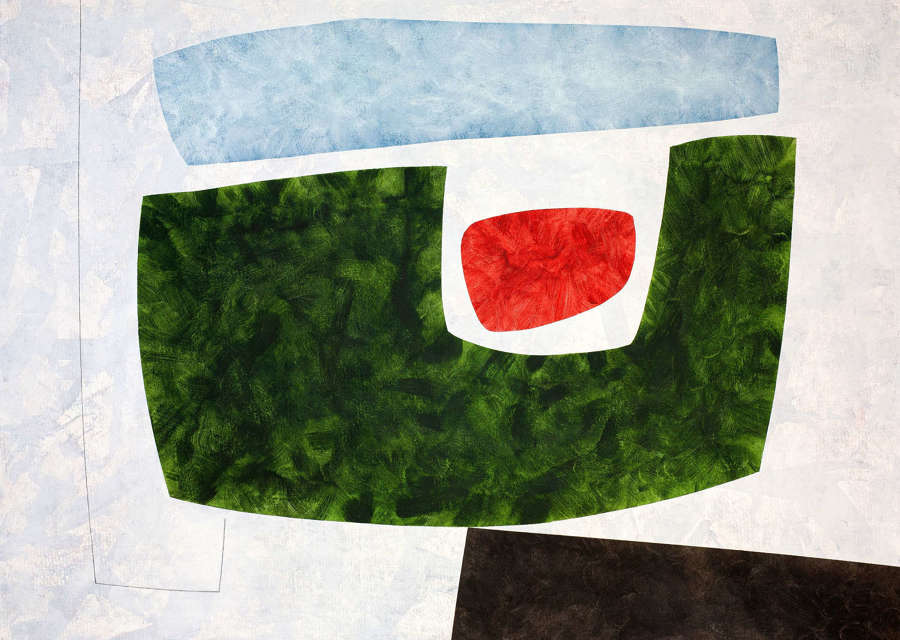 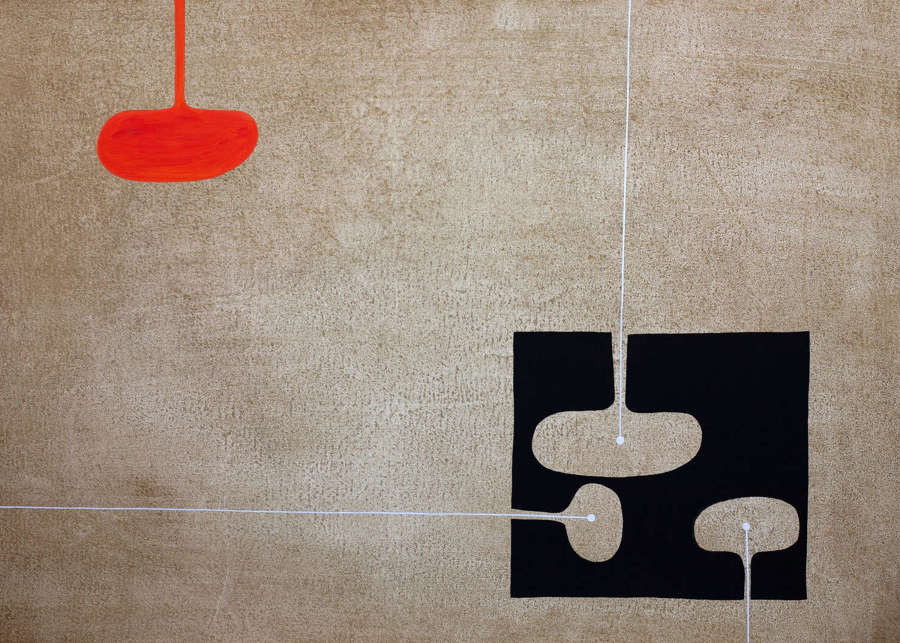 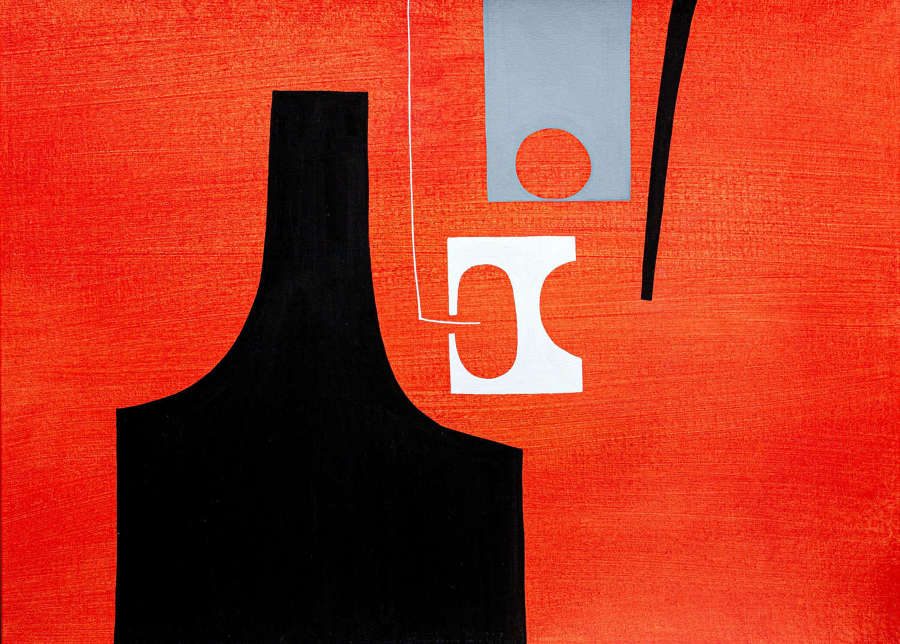 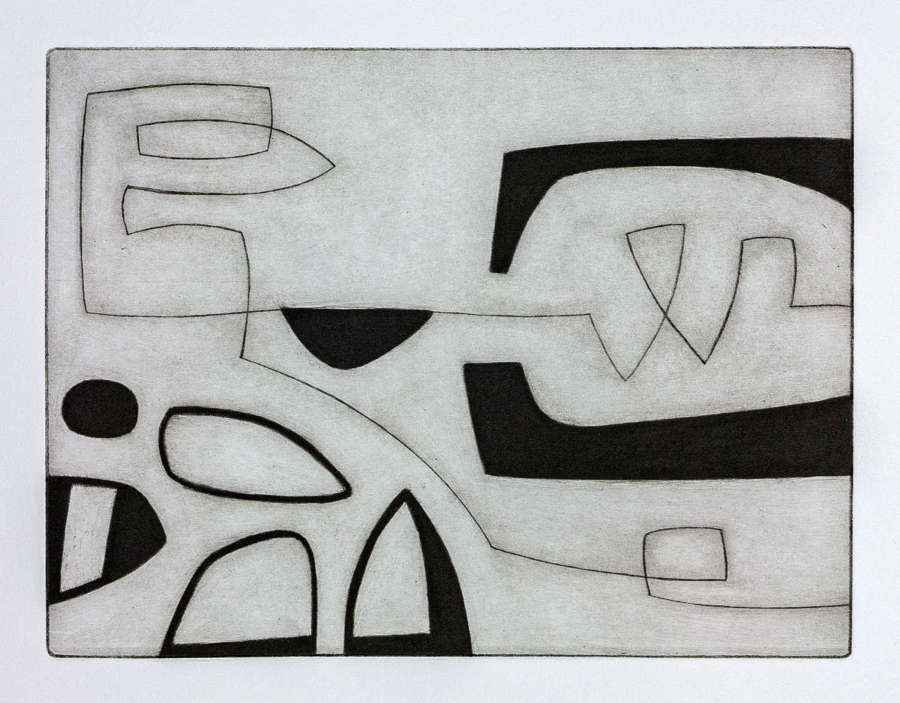 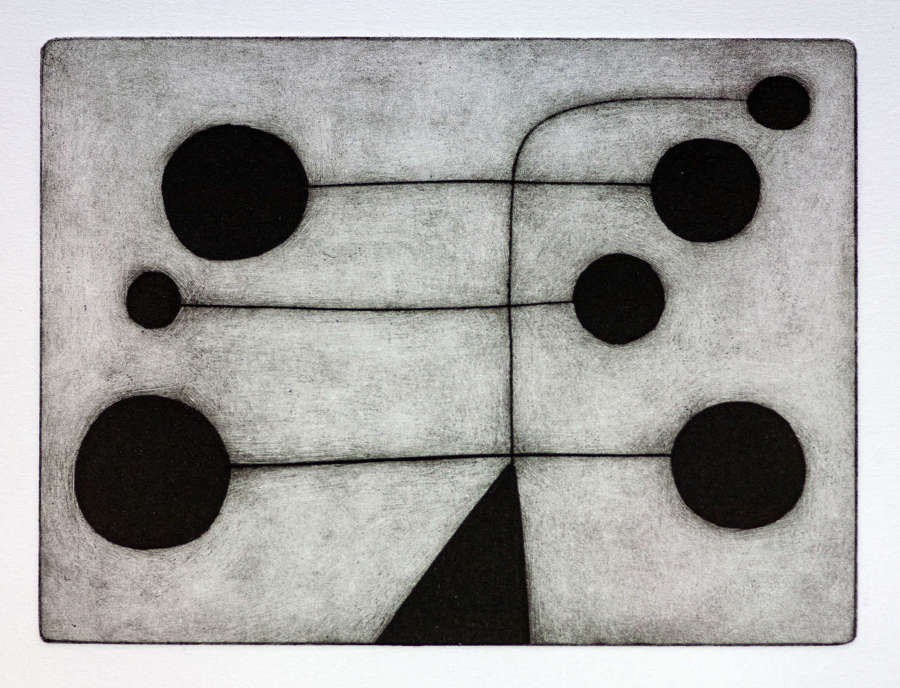 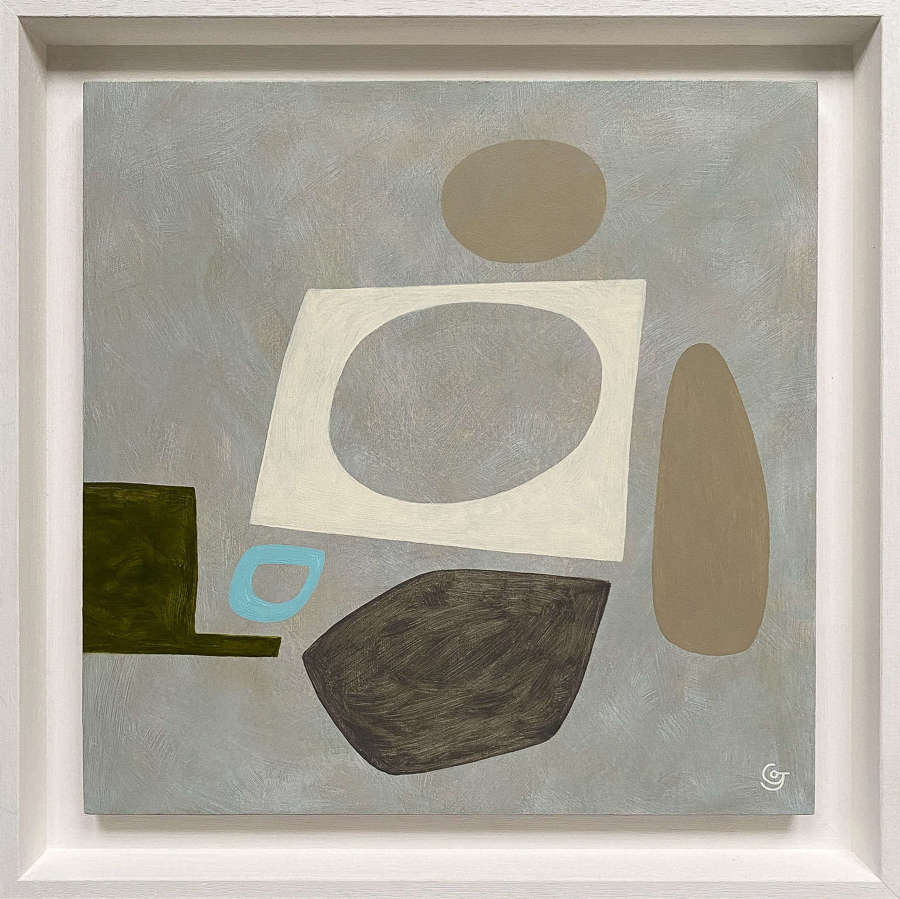 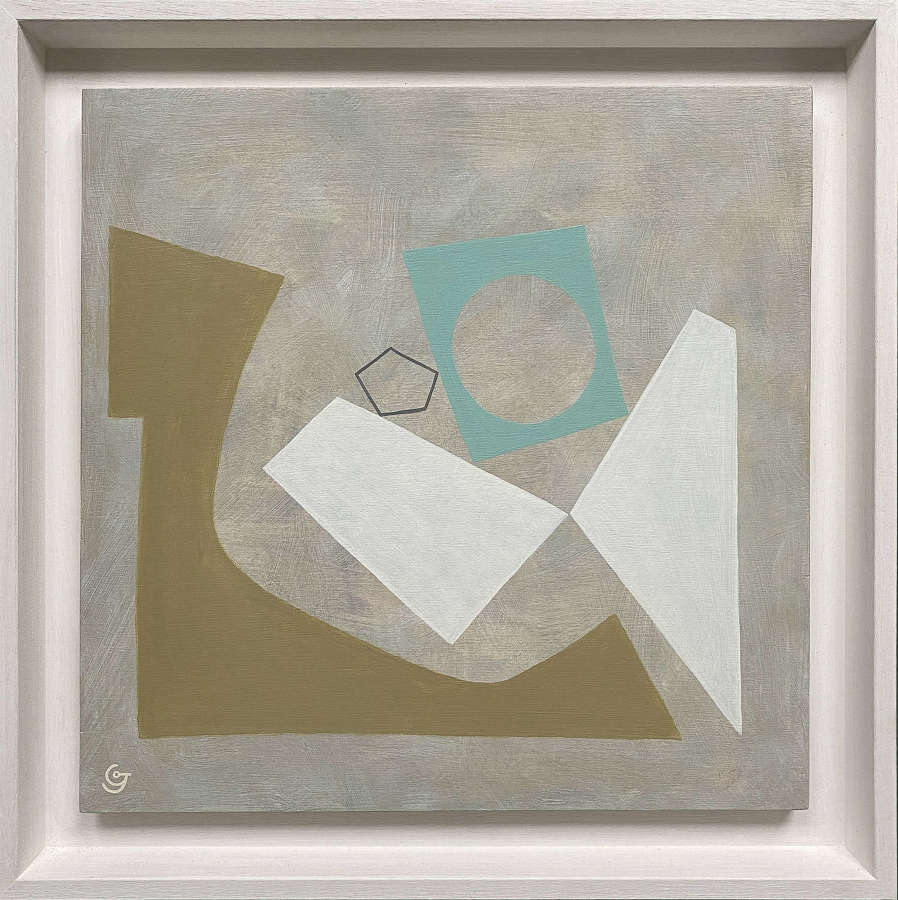 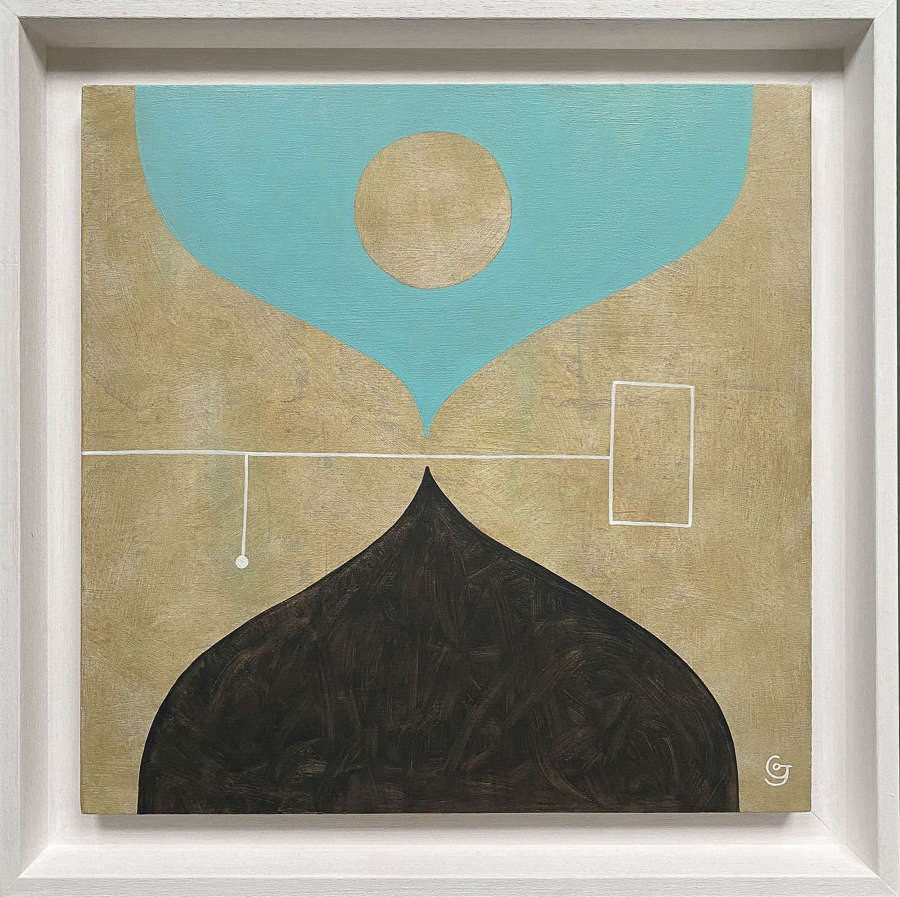